Protect the Public Utilities Board 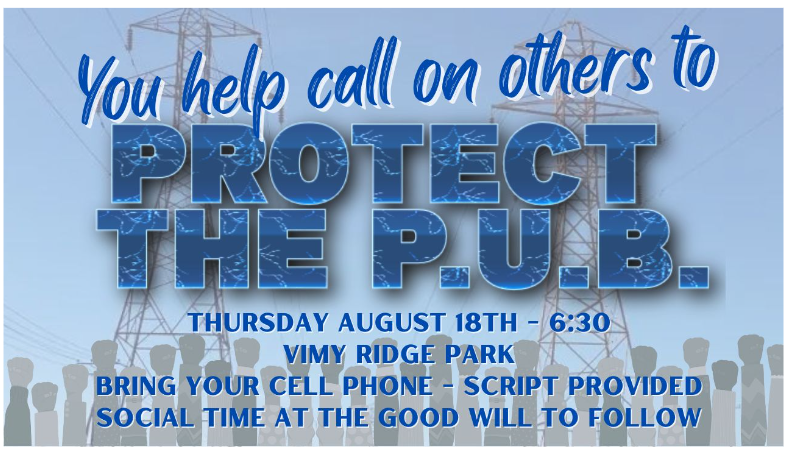 Manitoba's PC Government is set to pass Bill 36 this fall which will fundamentally change the way electricity prices are set in the province. If the bill passes, the Public Utilities Board would no longer be an independent overseer of fair Manitoba Hydro rates; instead it would take direction from the government starting in March 2025, and rates would be set every three years.

CNC is working with the Protect the Pub Coalition to make sure these changes do not happen so we can keep politics out of rate-setting.

JOIN US for an evening of education and action.  We'll be making phone calls to community members, encouraging them to show up to provincial committee hearings on Bill 36.

NOTE WE ARE MOVING TO THE RAIN LOCATION AT 97 CANORA FROM ORIGINAL LOCATION AT VIMY RIDGE PARK.

RSVP Below! Bring your friends and your phone to the park!