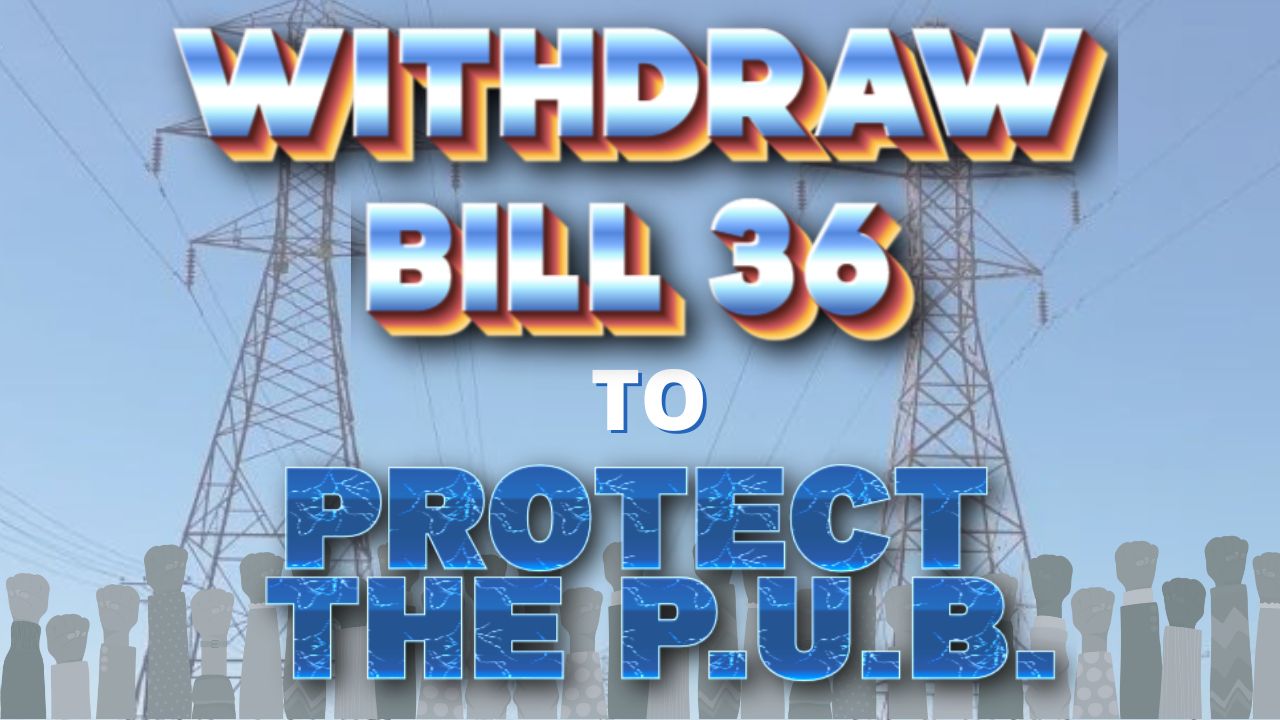 Committee is over and even though EVERY SINGLE SPEAKER spoke against Bill 36, it still passed at committee, with one small amendment that does nothing to address most of Manitobans' problem with the Bill.

Now that committee is over, there is a new letter asking the government to listen to everyone who spoke at committee because every single one of them spoke against the bill. All of them.

You can send the updated letter now - https://protectpub.ca/send-a-letter/

If you have not yet sent the other letter, that can still happen also - https://protectpub.ca/send-a-letter-original/

Bill 36 - As if the Manitoba Government was not up to enough shenanigans, now they’ve got a bill to decimate the Public Utility Board (PUB).

Bill 36, The Manitoba Hydro Amendment and Public Utilities Board Amendment Act is proposing many changes that need much more explanation or should be completely removed.

Manitoba has one of the best systems in the country for setting electricity rates.

Now, instead of keeping the decision making with the PUB, the Manitoba Government wants to set themselves.

And that is just the tip of the Ice Berg...

Your concerns could extend to

SEND A LETTER NOW TO STOP THIS TROUBLING BILL

This bill guts the PUB of its ability to independently regulate hydro rates and:

More background can be found here!

Again, the other way you can make a big impact and show your opposition is by registering to speak at committee.  The number of people who signed up to speak against Bill 64 last year played a key role in the Manitoba government withdrawing that Bill.

To take action against this bill, visit the Coalition’s website and send a letter to your local MLA and the government expressing your concerns.

Did you miss the presentation with Byron’s Williams about why you should protect the PUB?  Watch it now on YouTube - https://www.youtube.com/watch?v=LE9YscKwTFY

Get in touch if you wish to get involved.- https://protectpub.ca/