by Communities Not Cuts Manitoba
9sc
on November 25, 2020 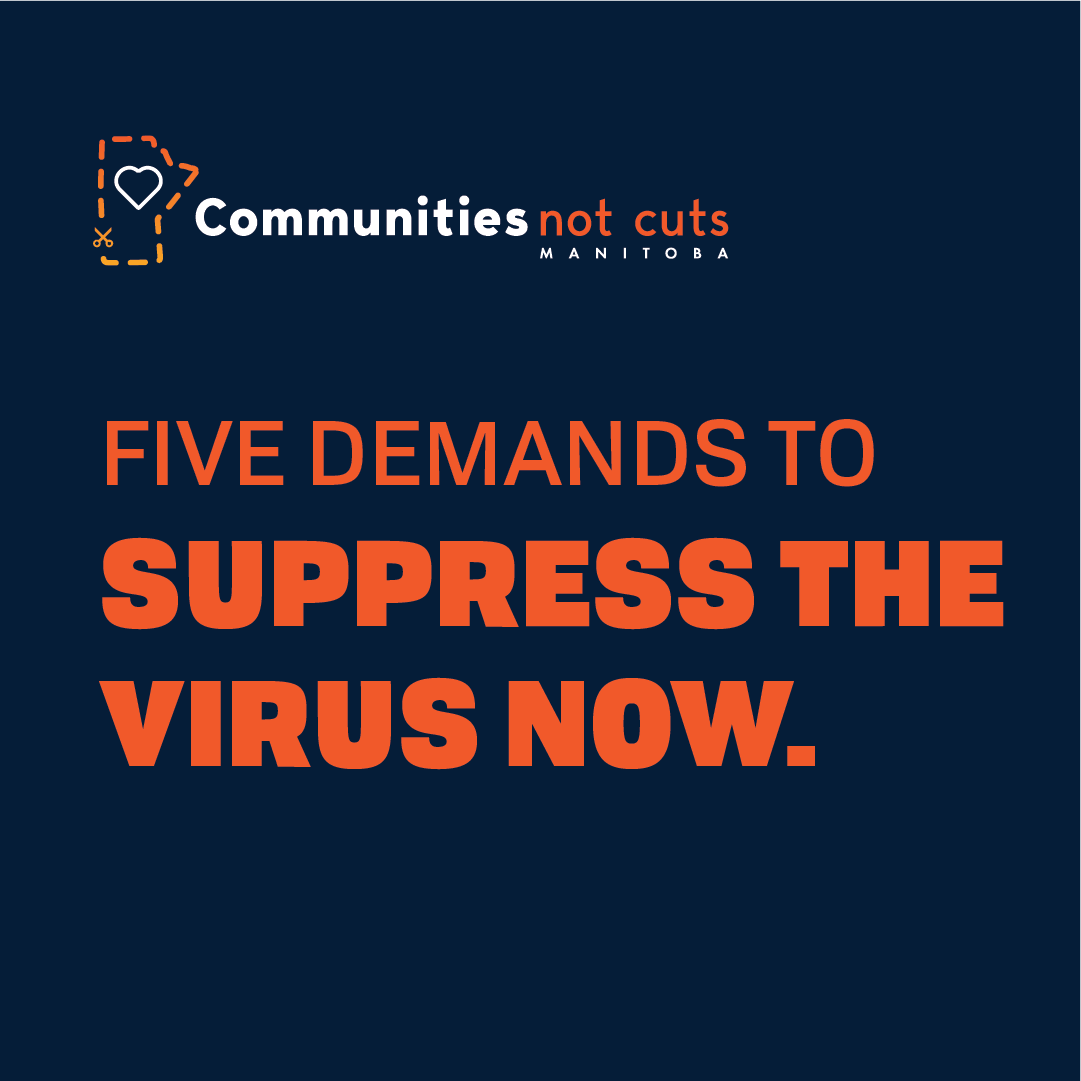 Here's what you can do:

Stay tuned for more information including how to get your own Supress the Virus MB Lawn sign.

Australia, a number of countries in East Asia, Uruguay and several other countries have shown that it’s possible to suppress the virus and reopen safely. A growing number of doctors, health researchers and other experts in Canada are calling for governments to adopt public health policies similar to what has proven successful in those countries.

The terrible situation in Manitoba was avoidable. In June, after the first wave had passed, we recorded 6 consecutive days with 0 new cases, no cases in hospital or intensive care and only 5 active cases in the entire province. We were the envy of Canada and made headlines for how well things were going. It seemed that we were able to manage the virus effectively. Then in August the provincial government launched the ill fated #RestartMB campaign in an attempt to capitalize on Manitoba’s good fortunes and begin its economic recovery. The unraveling began soon after as we saw case counts continue to rise and break daily records repeatedly. As of November 23rd we are now at a critical provincial pandemic response level with 8,498 active cases, 235 deaths and 52 people in the ICU.

So, where do we go from here? All is not lost and we can still come back from this as other jurisdictions have done. In order to do that we need to adopt a strategy to suppress the virus and mitigate transmission.

What do suppression and mitigation mean? Suppression involves an extensive lockdown to get case counts down to the single digits. Mitigation involves a large investment in public health assets including rapid testing, increased lab capacity, monitoring and testing at the borders, added screening for workplaces and schools, vastly increased contact tracing as well as an isolation strategy for those who test positive. All of this requires decisive and collaborative action by the government and the implementation of specific targeted supports to help all Manitobans get through this pandemic.

Support the five demands by signing the petition here!